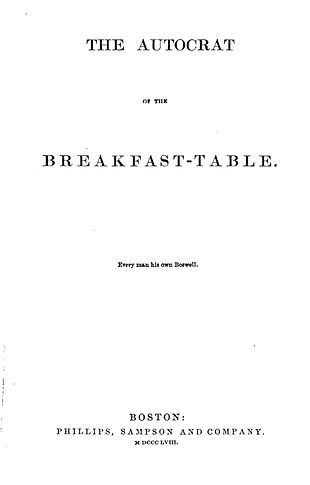 The Autocrat of the Breakfast-Table

The Autocrat of the Breakfast-Table (1858) is a collection of essays written by Oliver Wendell Holmes Sr. The essays were originally published in The Atlantic Monthly in 1857 and 1858 before being collected in book form. The author had written two essays with the same name which were published in the earlier The New-England Magazine in November 1831 and February 1832, which are alluded to in a mention of an "interruption" at the start of the very first essay.more